The Truth About Hydropower

Truth: Water is a renewable resource but a healthy river is not. 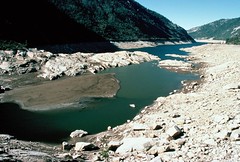 Although water is replenished naturally, hydropower dams and their operations commonly harm rivers in ways that are detrimental and difficult to reverse. Dams often violate water quality standards and cut off water — sometimes entirely — from reaching its natural stream bed. Dams block the natural passage of sediment and debris and store organic materials in slack water reservoirs, which can create algal blooms and concentrate pollutants. In addition, small hydropower projects are not necessarily a “greener” energy source: these ecological impacts can be caused by any type of hydropower project, regardless of its size.

A study conducted by the Federal Energy Regulatory Commission (FERC) in 2001 found that new licenses for over 240 projects issued from 1986 to 2001 resulted in only a 1.6 percent average decrease in each hydropower project’s energy capacity. 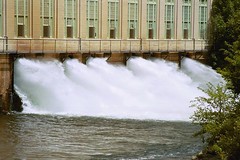 Truth: The negligible amount of energy lost by dam modernization can generally be replaced by new energy technologies.

New sources of power continually come on line to replace aging, less productive facilities. The market is flexible enough to absorb the removal of highimpact, low-energy value hydropower facilities without registering a significant loss on the grid. If the energy lost is significant enough to merit replacement, utilities have an ever-expanding array of alternative energy technologies from which to choose.

While other energy sectors must pay high prices for raw materials, hydropower operators turn a profit on a virtually free resource: the public’s water. Licenses last for a minimum of 30 years, making it possible to recoup investments in upgrades and turn a profit during the license term.
‹ Hydropower Dams Harm Rivers up Restoring Rivers Through the FERC Licensing Process ›